The time has come to present you the battlefield 1 hack by Hags-Club.com
Hag contains all the best features we had in our hacks for previous Battlefield games, such as Bf 4, Bf Hardline, Battlefield 3, and BFBC.

Hag for Battlefield series was never detected. This means that people were using these hacks in the past 10 years without being scared to get banned by PunkBuster.

We don't think that any detections will happen in Bf1. We checked the current security measures and can say that we are ready.
Fairfight is not a big deal as well, and we have guides at the forum which will help you avoid Fairfight bans.

One powerful tool in hacking versus Fairfight is our Silent Bf1 aimbot does not control your camera, so that will look absolutely legit.

Anybody who will be watching you will never understand that you use aimbot. Bullets just hit the target when the enemy is near your crosshair and in the hit range according to the configured hit ratio.

You can set up how many bullets you want to land on the enemy and how many you should miss.
Battlefield 1 has the new bones hit randomization system, so you will never be spotted for doing only headshots. 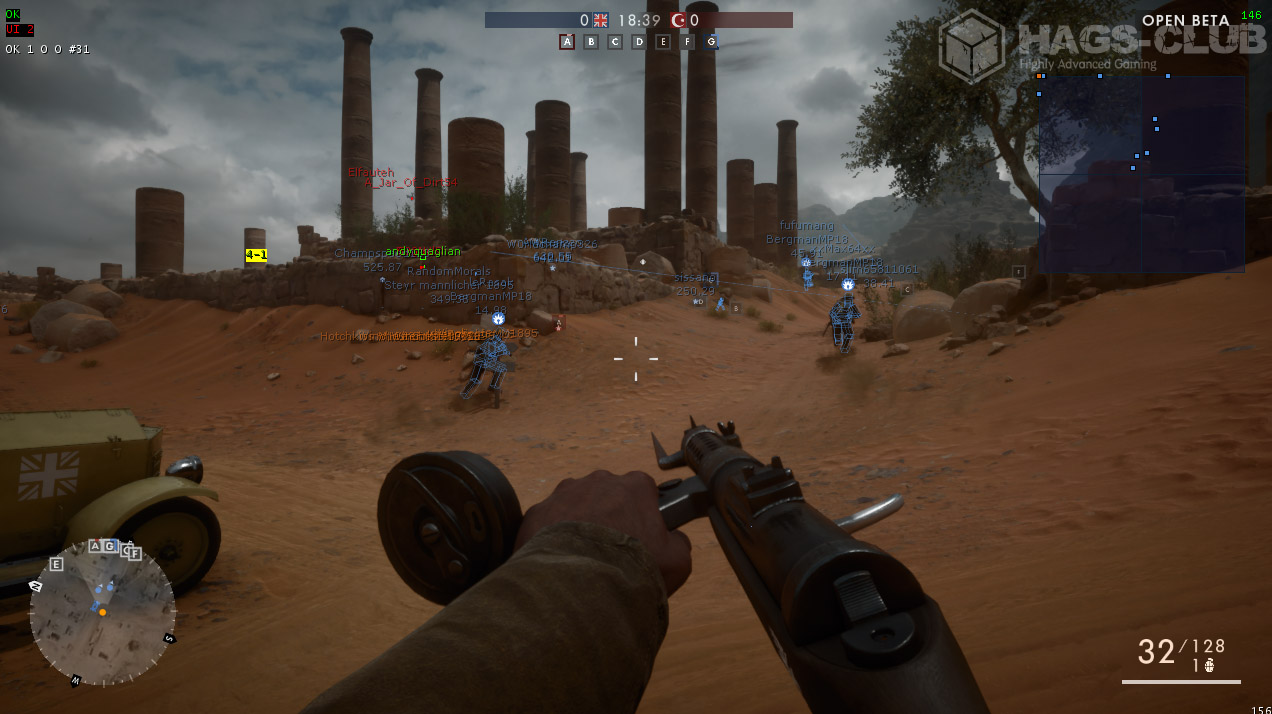 When you purchase our hack, you can be sure that all will work, as shown in the video and described in this text.

All features are customizable and flexible, so you can configure everything for your personal needs. Change color, change the opacity. You can even change Fonts and build a great menu, just the way you like it.

First of all, in our hacks, we aim for comfortable and legit gameplay. Using our battlefield 4 hack, you can be sure that you will have fun in this game.

If you don't want to configure anything, then you should stay at the default settings.
Our BF1 aimbot will do the job, and wallhack will show all the hidden stuff around you. 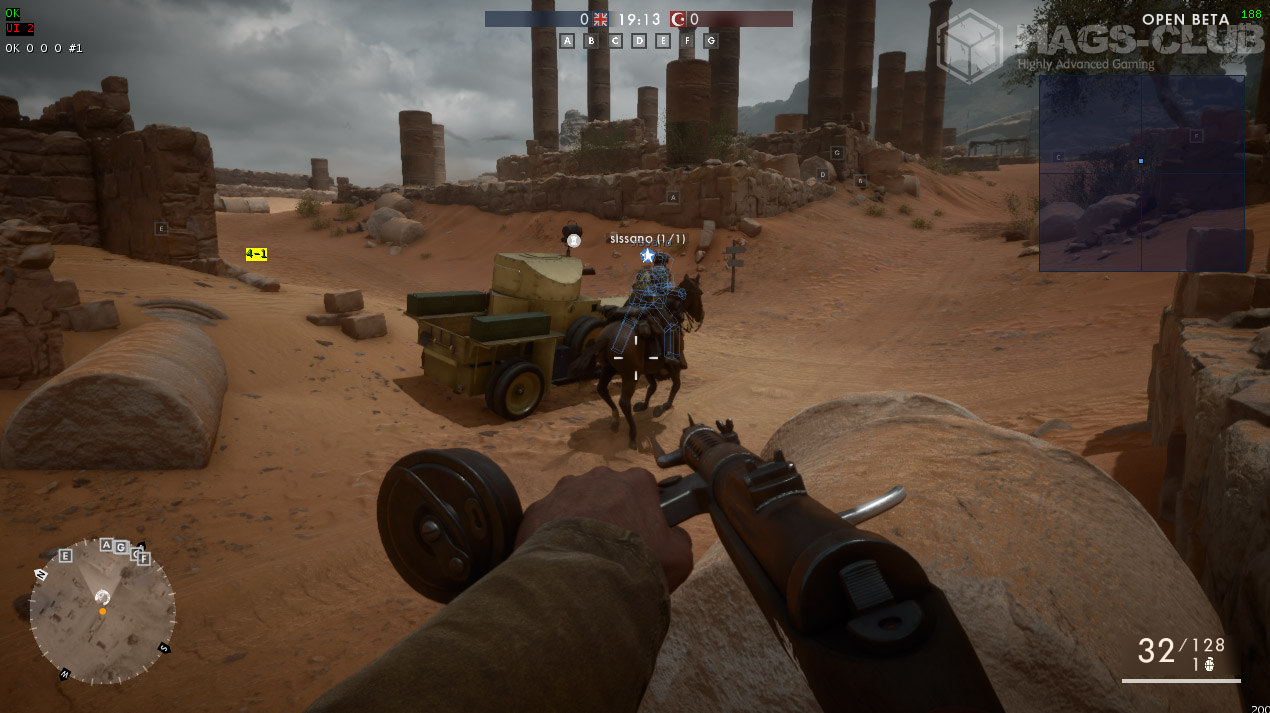 Like all the other hags for battlefield games, BF1 hack will have the Silent aimbot.

Why is the aimbot silent, you will ask? That's because it does not move your camera in-game.
That gives you a great advantage over the simple aimbots. Battlefield 1 will still have a Fairfight, and it will not be safe, so move your camera using memory modifications and such controls.

This anti-cheat can detect when camera angles have changed artificially. When somebody starts to think that you cheat, he begins to watch you using spectator mode.

Silent aimbot is safe versus this because your camera moves naturally. You control it, and you don't hit anybody much away from your crosshair.

The worst what they can think about you is that you are fortunate with bullets spread. Battlefield 1 aimbot is your best friend if you are not an aiming god, but you still want to have some fun!

Silent Aimbot is also known as Magic bullets if you didn't know. 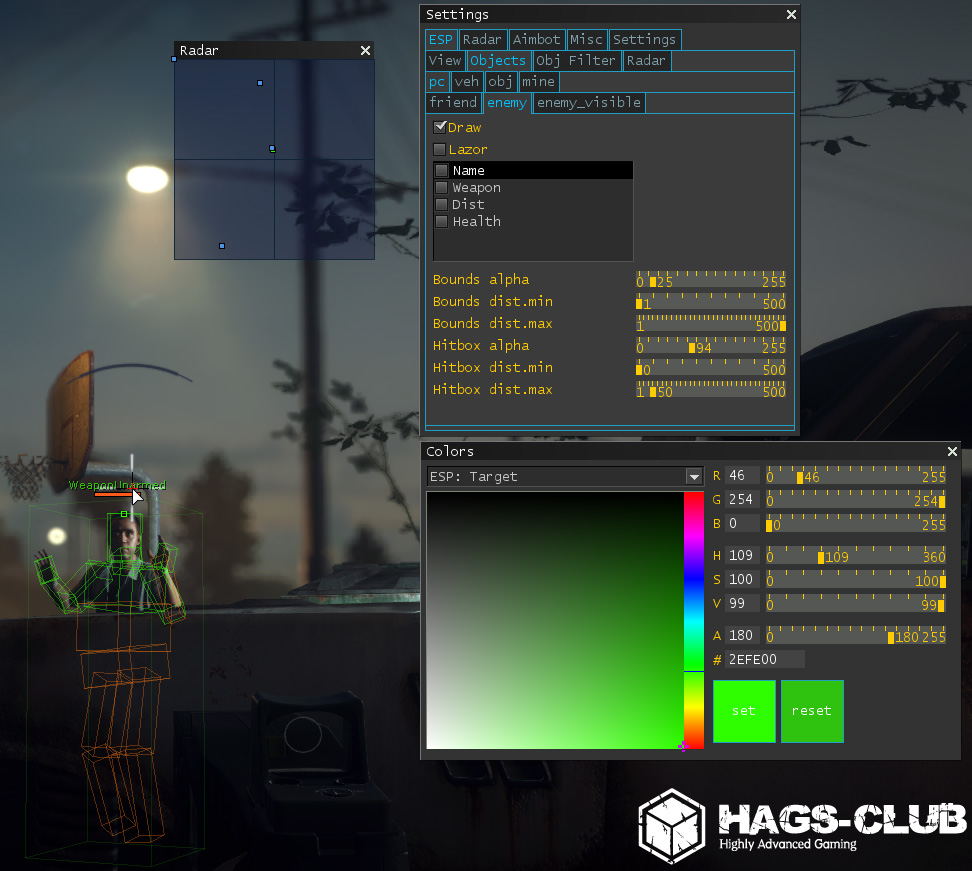 This type of hacks is also known as ESP (extraordinary perception). The whole point of it is that you can see things better than a basic player.

Wallhack can show you people behind the walls. It can display additional info about your victims and friends. Now you will always know who you are about to face, people with a sniper rifle or a pistol.

Using our battlefield 1 hack, you will never get caught from behind. Our wallhack will warn you about it.
Bf1 wallhack is 1 of our most powerful tools, but don't use it very obviously. Following people with a crosshair behind the walls is a bad idea.

Check bf1 forums to read the guide about legit ESP usage. It should help you to stay safe and use it as well as possible. 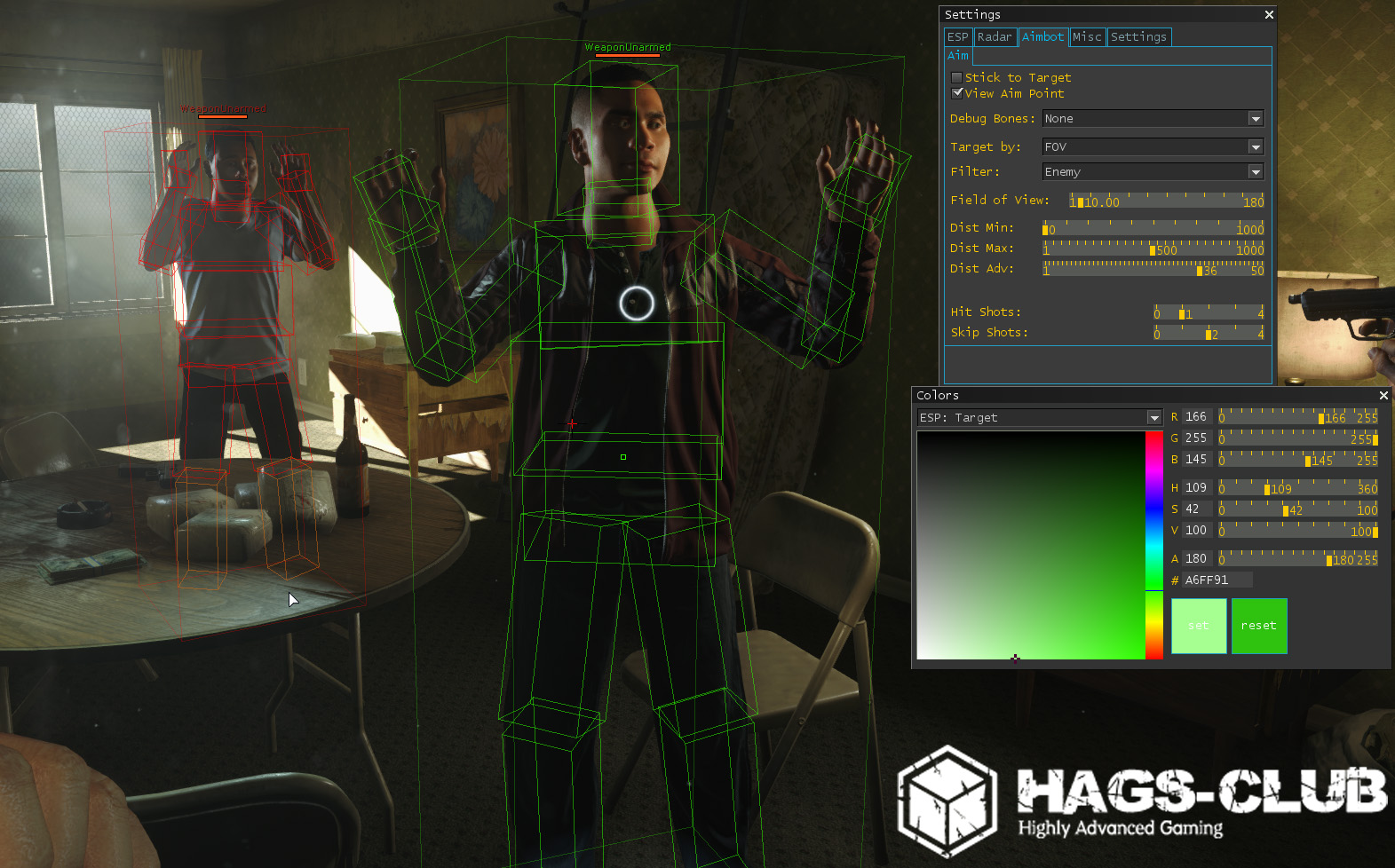 Hag engine allows you to customize your hack very precisely, and you can change almost everything in it. Check the screenshot, and you will see this great menu.

Don't forget that HAG also supports configs, so you can create your own settings profiles.
For example, sometimes you want to play in rage style, and you want battlefield 1 hack to kill everything around. You can create a hotkey, which will switch between the playstyle presets using configs.

But on the main character you want to play legit, there is a solution for it, and you won't need to change settings every time. Just save both config profiles and swap between them without leaving the game with one click!